“Julian Mischi’s new study of the French Communist Party examines the work of the PCF in four Departments (Allier, Isère, Loire-Atlantique, Meurthe-et-Moselle). With materials drawn from internal documents and interviews, the book analyses the organisation of the PCF’s militants in the local districts, villages and factories, and their activities within the trade union and municipal networks. Challenging the typical monolithic image of the PCF, the mobilisation of communist militants within popular movement is revealed here as plural.” 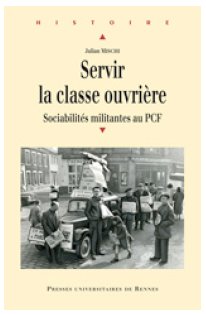 International Conference: Strikes and Social Conflicts in the Twentieth Century

International Conference: Strikes and Social Conflicts in the Twentieth Century

We welcome submissions on labour conflicts that occurred in factories, universities or public services, on rural and urban conflicts and also on conflicts that developed into civil wars or revolutions. National and international comparisons are also welcome.

After the Russian revolution the relative strengths of capital and labour were never again the same, with a period of revolution and counter-revolution that ended with World War II.

Protagonist of the victory over fascism, the labour movement found itself neglected in the core countries under the impact of economic growth in the 1950s and the 1960s. But May 1968 quickly reversed the situation, with a following boom of labour studies during the 1970s. Nevertheless once the crisis of the 1970s was over, capital has regained the initiative, with the deterioration of labour laws, the crisis of trade unions and the subsequent despise in the academy for the study of social conflicts. The recent crisis, however, shows that workers, the ones who create value, are not obsolete. The social movements regain, in the last decade, a central role in the world.

The intensification of social conflicts in the last decade promoted a comeback to the academia of
the studies on labour and the social movements. This conference aims to be part of this process: to retrieve, promote and disseminate the history of social conflicts during the twentieth century.

Important: The deadline for delivery of completed papers/articles is 15th December 2010. The paper should be no longer than 4.000 words (including spaces) in times new roman, 12, line space 1,5. For Registration Form see below.

Preliminary Program: The Conference will have sessions in the mornings and afternoons. There will be conferences of invited speakers, among others, Marcel van der Linden, Fernando Rosas, Serge Wolikow, Beverly Silver, Kevin Murphy, Ricardo Antunes, Álvaro Bianchi, Dave Lyddon, Xavier Doménech. During the conference there will be an excursion guided by Prof. Fernando Rosas (“Lisbon of the Revolutions”); a debate about cinema and labour movement and a debate about Crisis and Social Change.

Fees including dinners and excursion “Lisbon of the Revolutions”: € 80,00

Fees without dinners and excursion: free

Comments Off on International Conference: Strikes and Social Conflicts in the Twentieth Century |

(I) WALES AND THE COLD WAR WORLD

Robert Griffiths (Cardiff), ‘SO Davies and the Cold War in Wales’

National Independence and the National Question in Wales’.

Chris Williams, ‘Richard Burton and the Making of “The Spy who came in from in from the Cold”’

Comments Off on Cold War Wales: Politics, Peace and Culture |